(NOTE…AN UPDATE TO WINDOWS HAS MADE THE PICTURES NOT SHOW UP ON SOME BROWSERS. IF YOU CAN’T SEE THE PICTURES, TRY USING A DIFFERENT BROWSER. IF THAT DOESN’T WORK FOR YOU, TRY OUR FACEBOOK PAGE, THE GALLERY WORKS THERE. SORRY FOR THE TROUBLES!)

Happy Day after Thanksgiving! Everyone at the Beaver Radio Network hopes you had a GREAT holiday with friends and family.

The Beavers spent Thanksgiving in New York City. Most of the guys had never been there. It should be on everyones bucket list. The city is unlike ANYTHING else in the world. I grew up in Los Angeles. LA is calm compared to NYC!

It was about an hour drive to the city. We all boarded the bus about 9:30am and arrived at our first stop about 11am. The first stop was Katz’s Deli. The pastrami sandwich was DYNAMITE!

If anyone remembers the scene from When Harry Met Sally…you know which scene!!!) it was filmed at Katz’s Deli!

After lunch, we made our way to the World Trade Center and the 911 Memorial Museum. If you’ve never been to the museum, go! It’s a very well done tribute to the men and women who died that day, and how the city and the government responded to the events of that day. It’s hard to believe it’s been 16 years already!

Outside the museum, at the locations of the original World Trade Center towers is a commemorative fountain…with every name of those who perished that day! Whomever came up with this design did an amazing job! 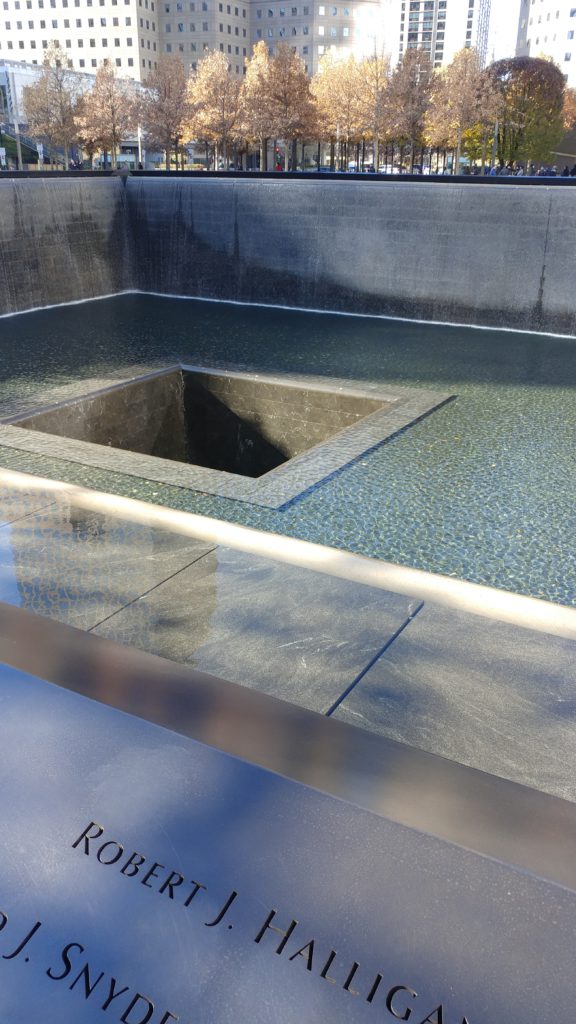 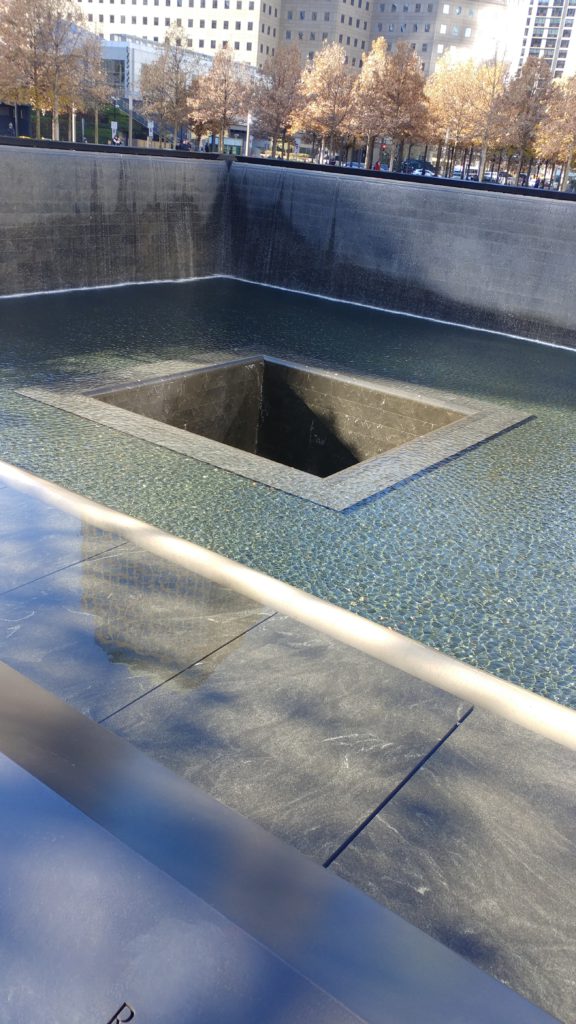 Here are some pics from the museum. Unfortunately, some of the best stuff there is in no-camera areas of the museum.

The first thing you see when entering the museum is this timeline and map. 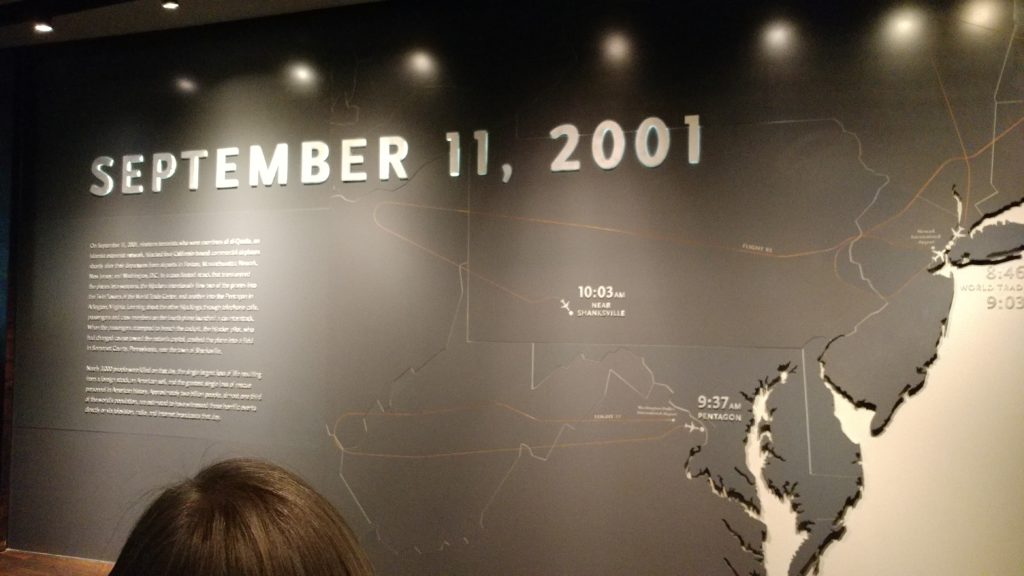 Then you see what’s left of the original foundation of the WTC, as it was built in 1966. 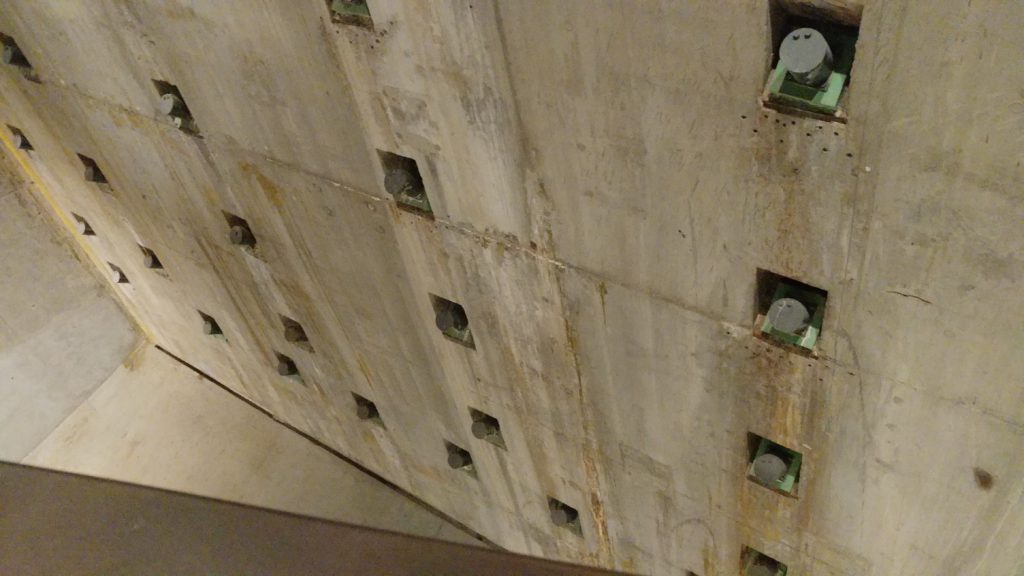 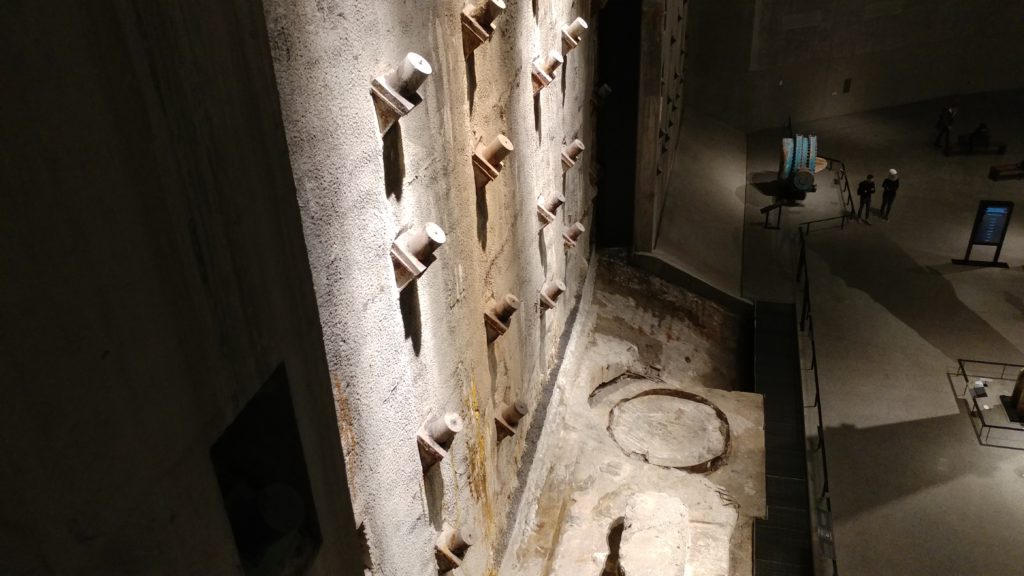 Continuing on the tour, you come across two samples of I-Beams that were in the original foundation. One is still set… 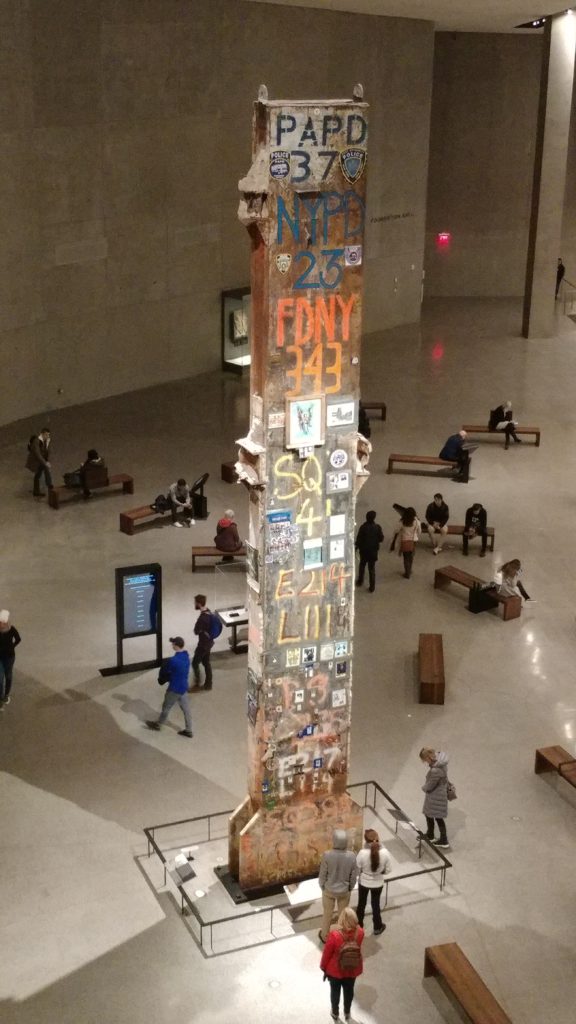 The other is now suspended in air to show how much twisting and force was involved when the building fell. 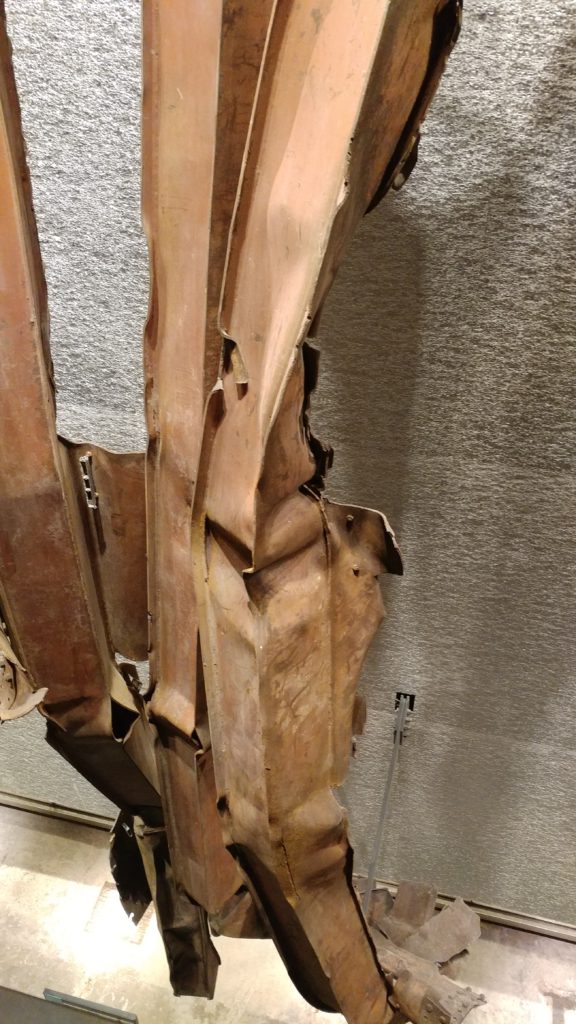 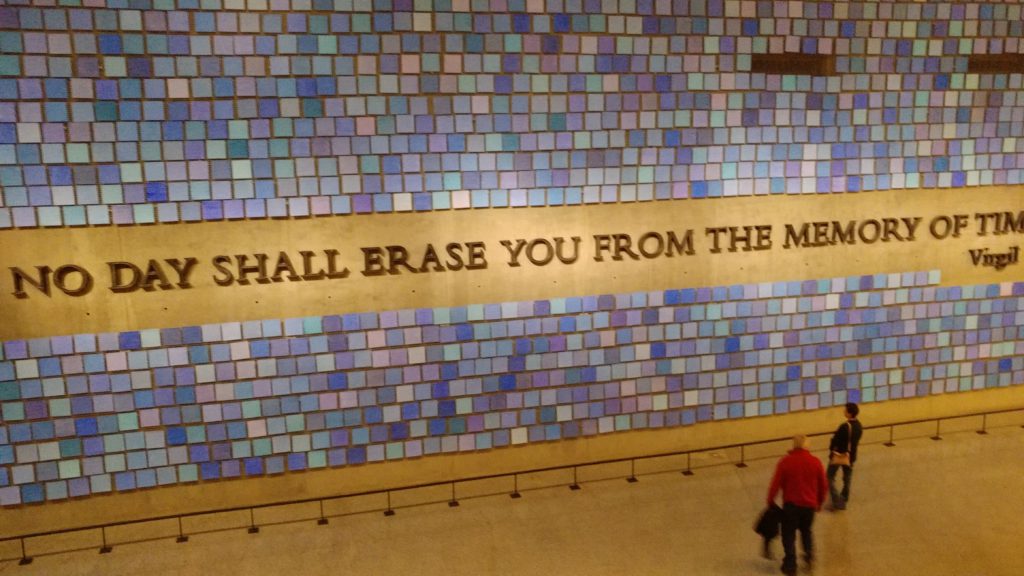 Near the close of the museum are two pieces of art…very moving! 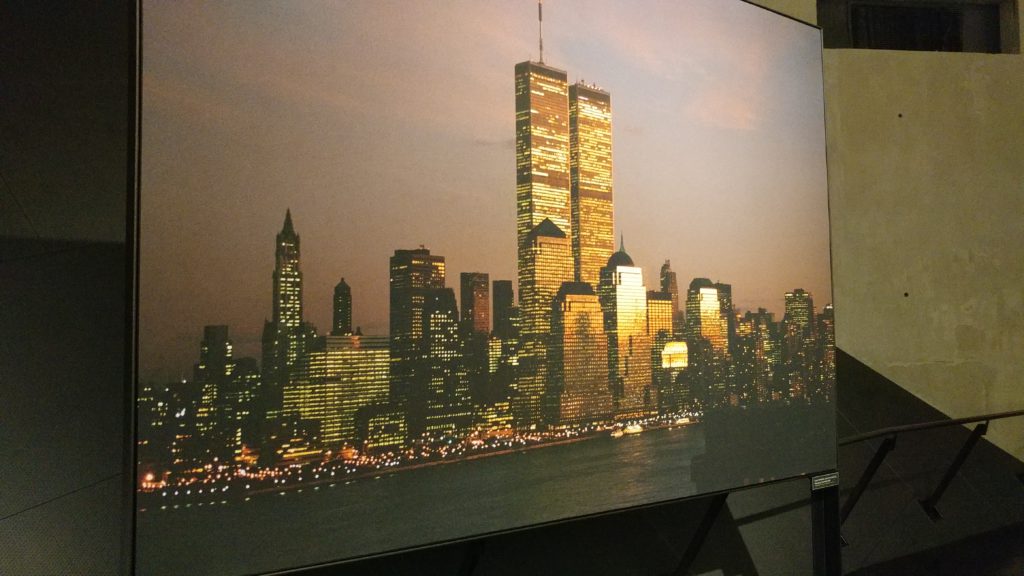 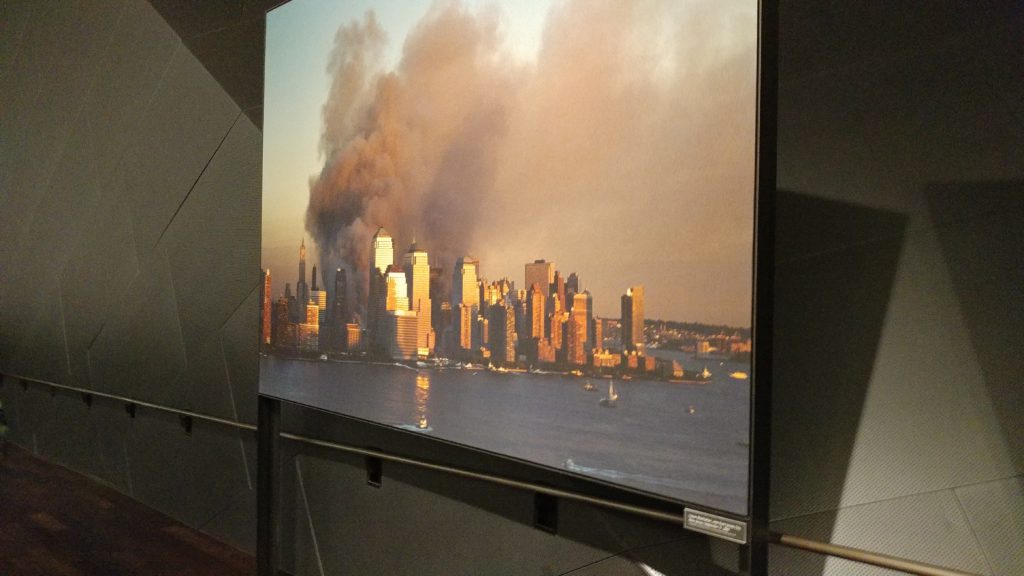 After our time in the museum was over, I commented to Coach Serratore that I didn’t think I could work there. I would never want to become desensitized to that day!

After the 911 Museum, we went to the new One World Observatory. It’s 102 stories high, and gives you some amazing views of the city.

Some of the guys aren’t too fond of heights. Others didn’t like the VERY fast elevator ride up (like 45 seconds fast…to go up 102 stories)!

Breathtaking to say the least! 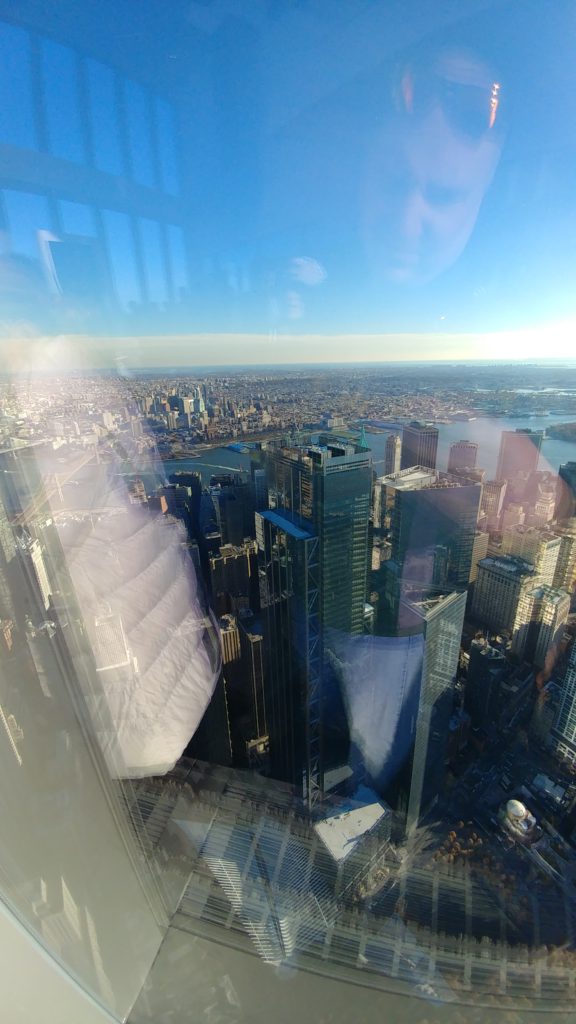 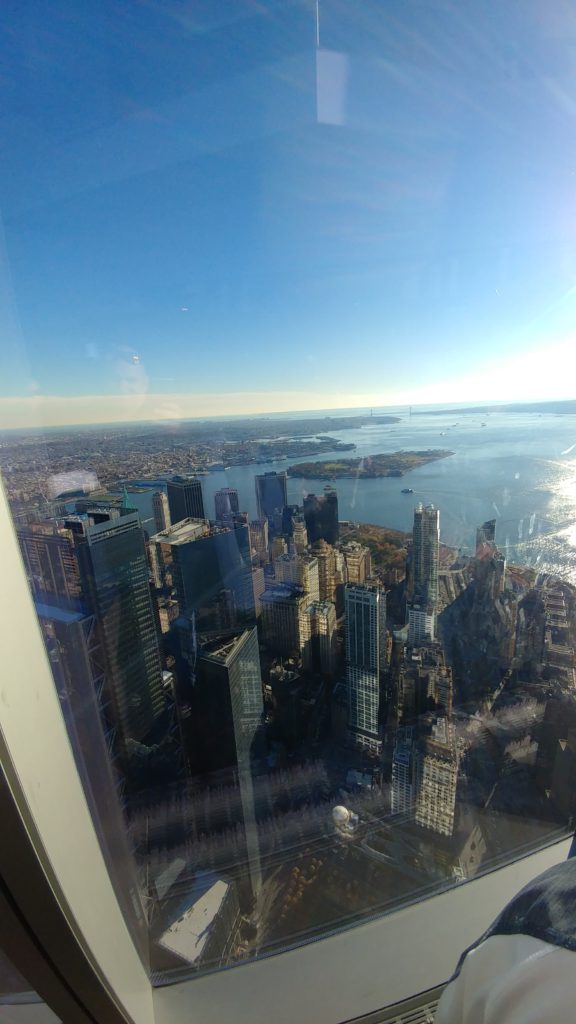 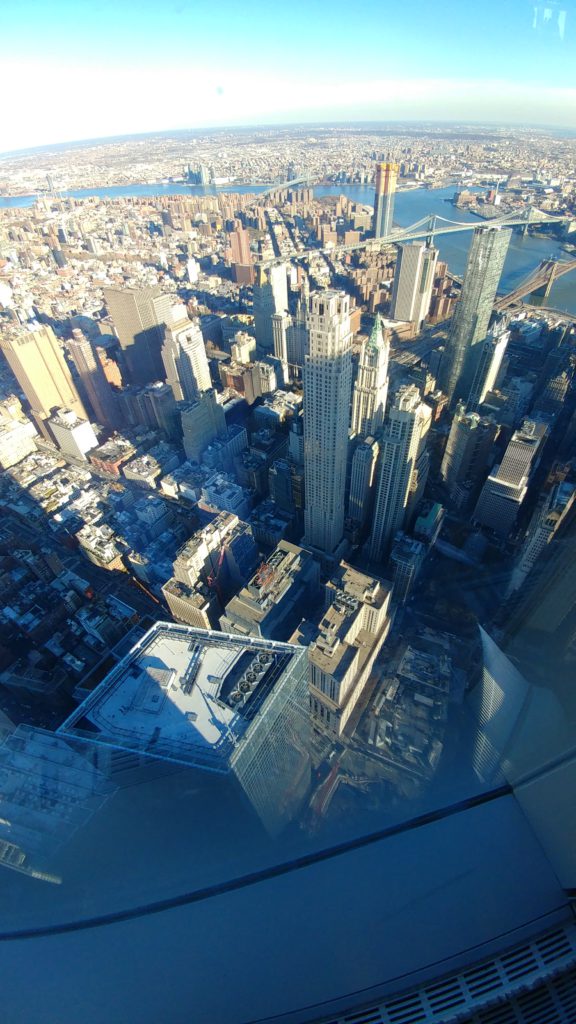 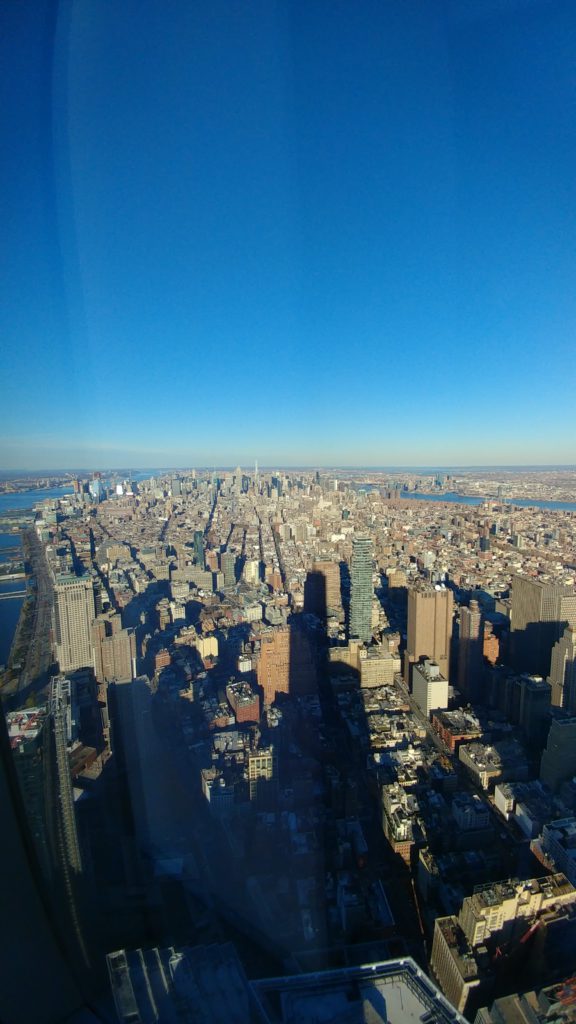 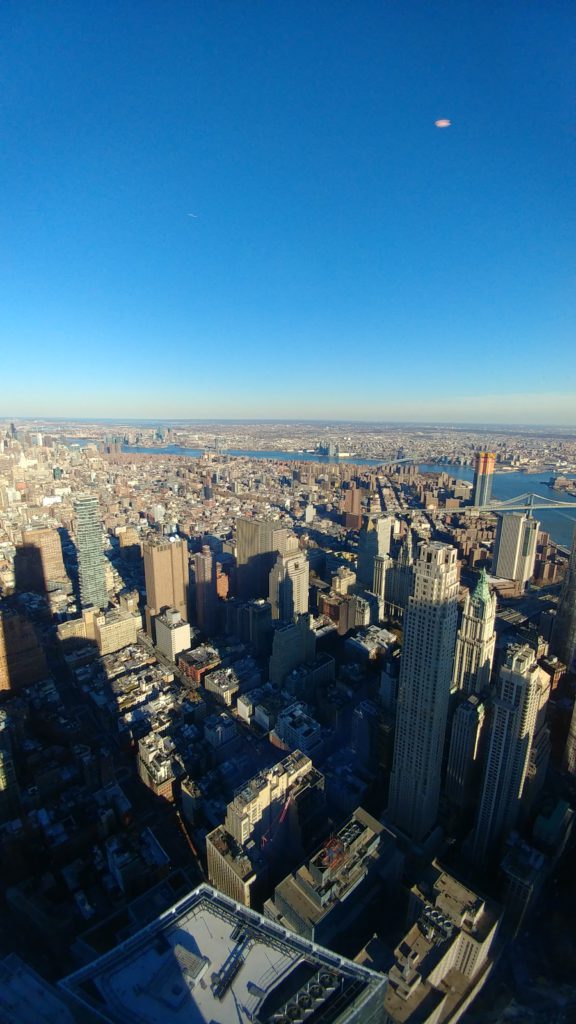 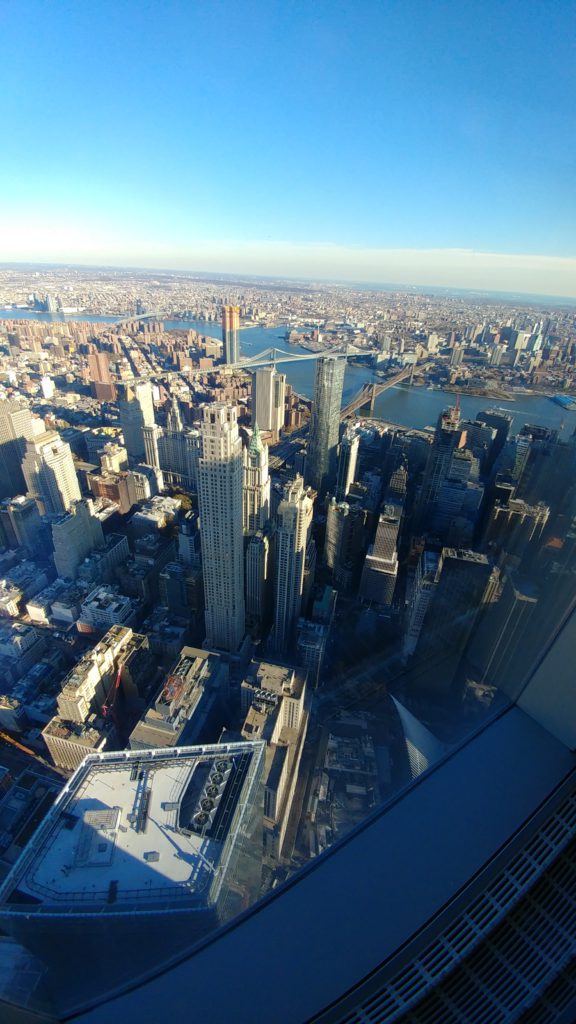 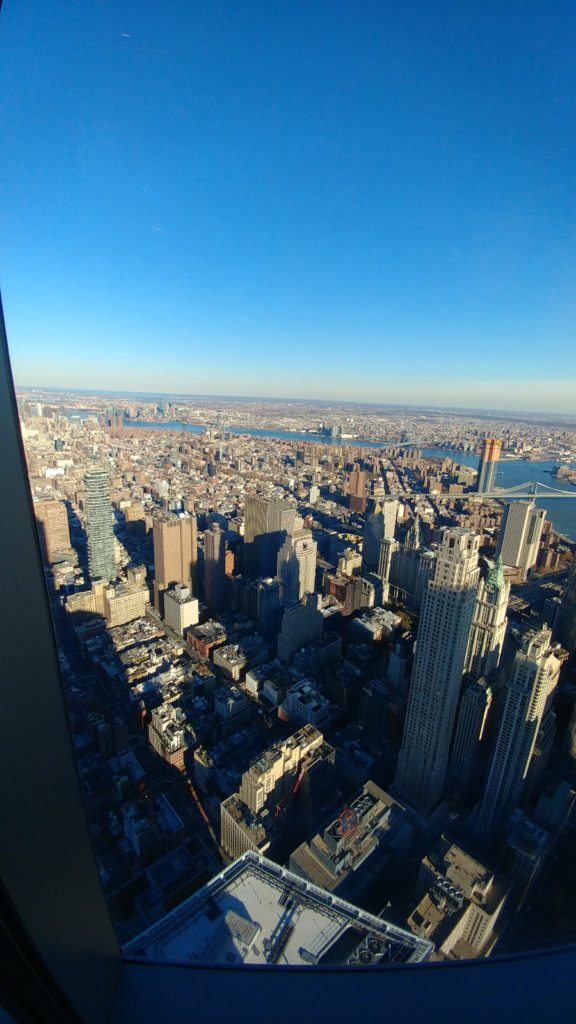 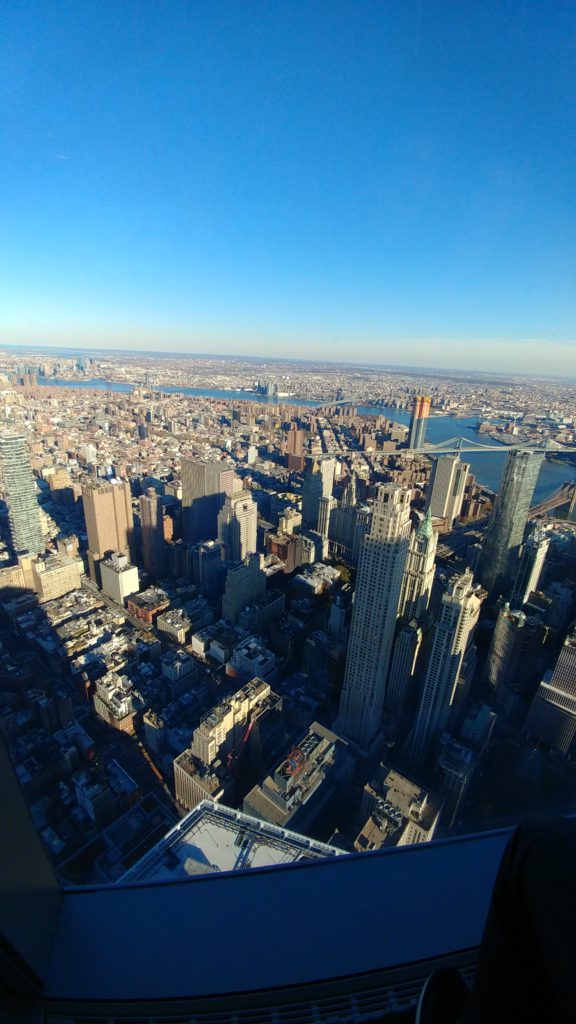 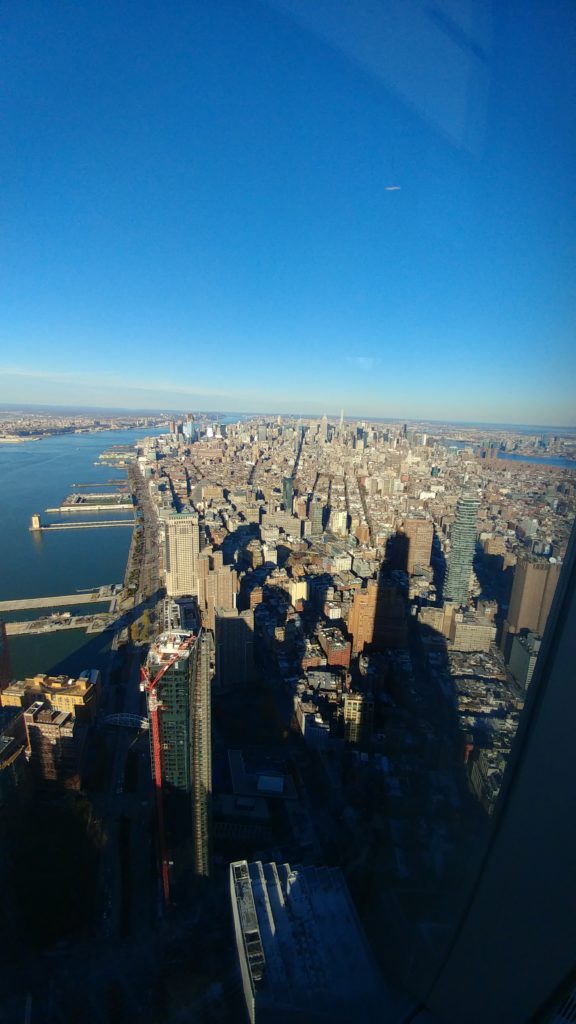 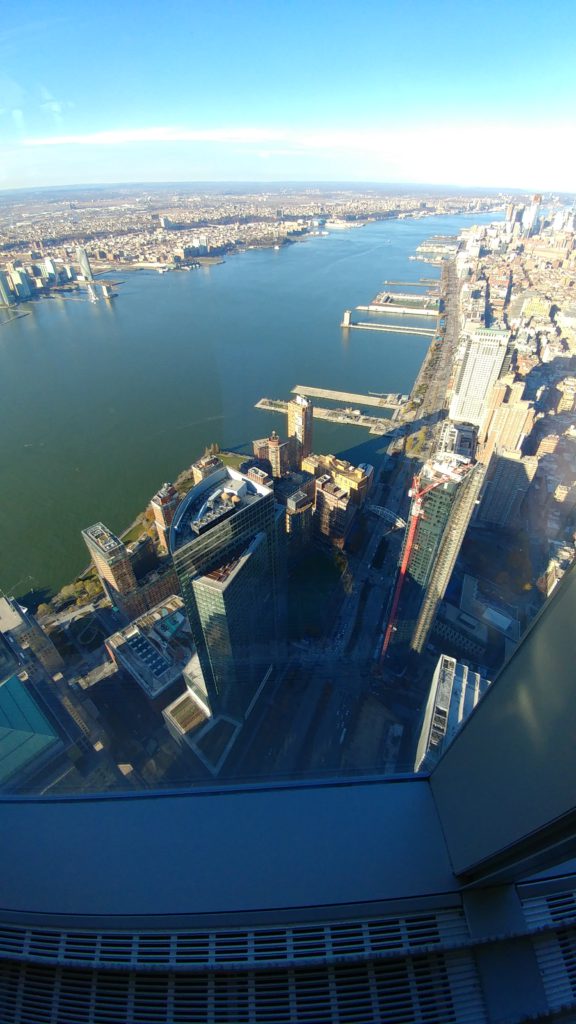 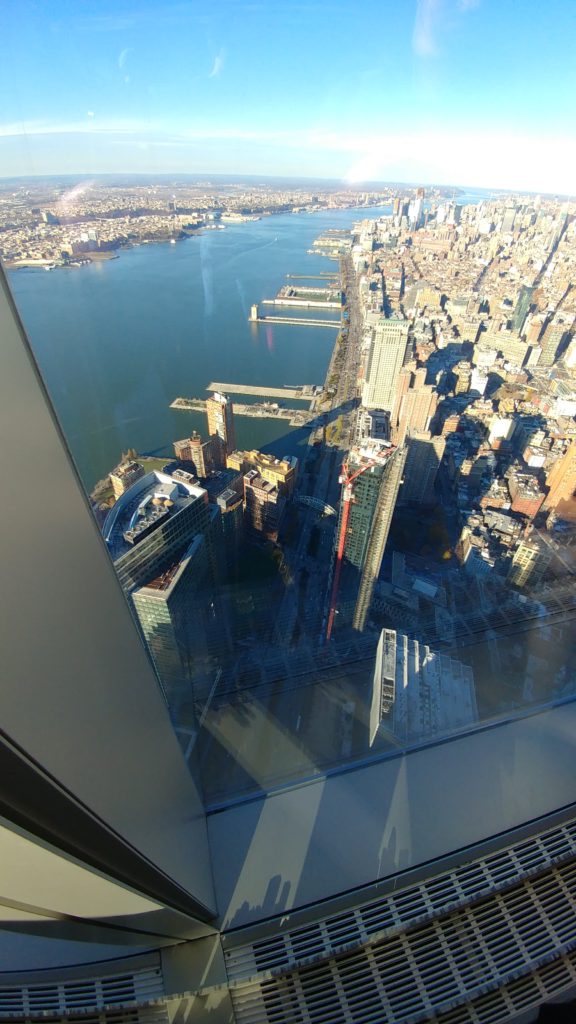 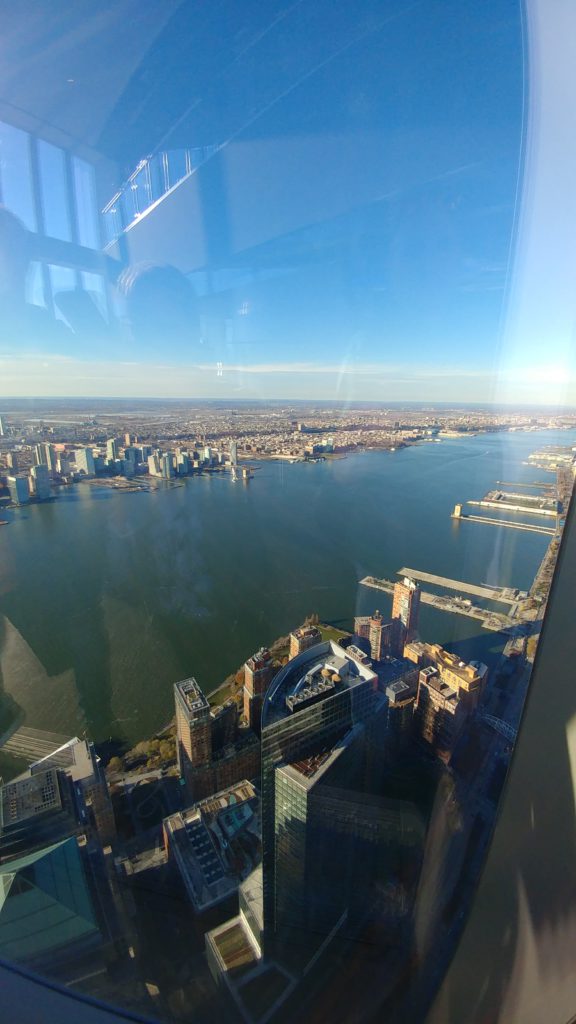 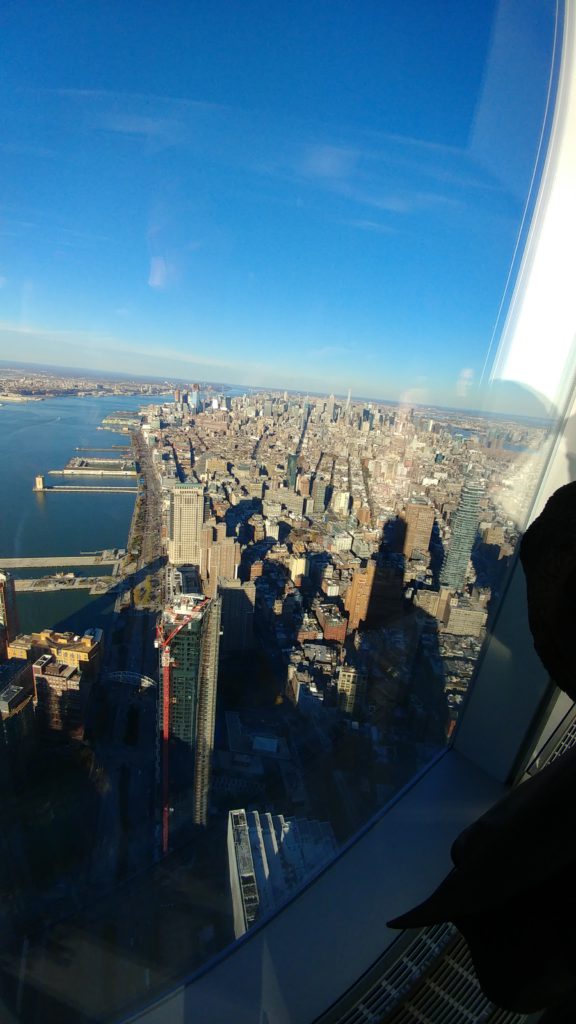 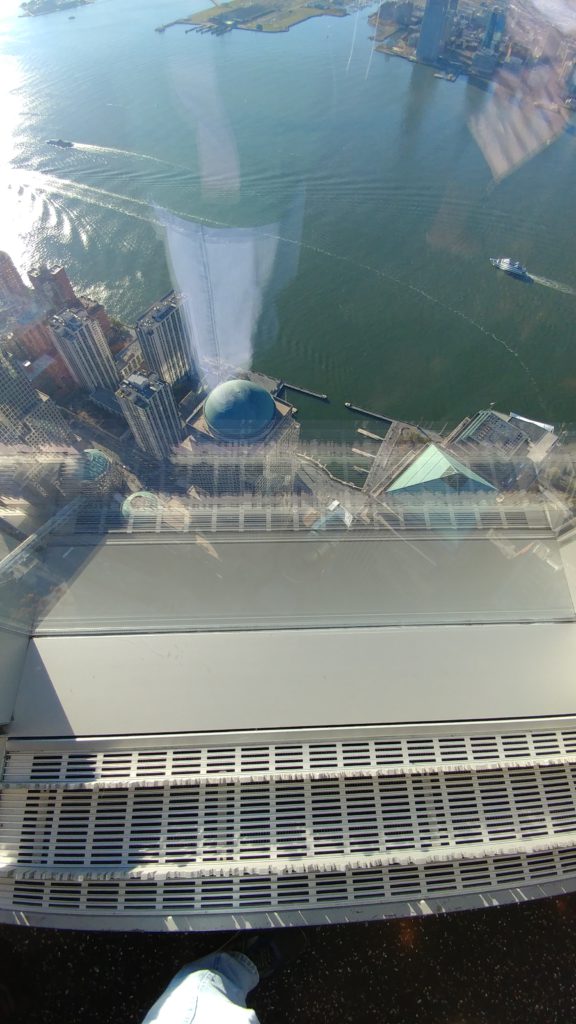 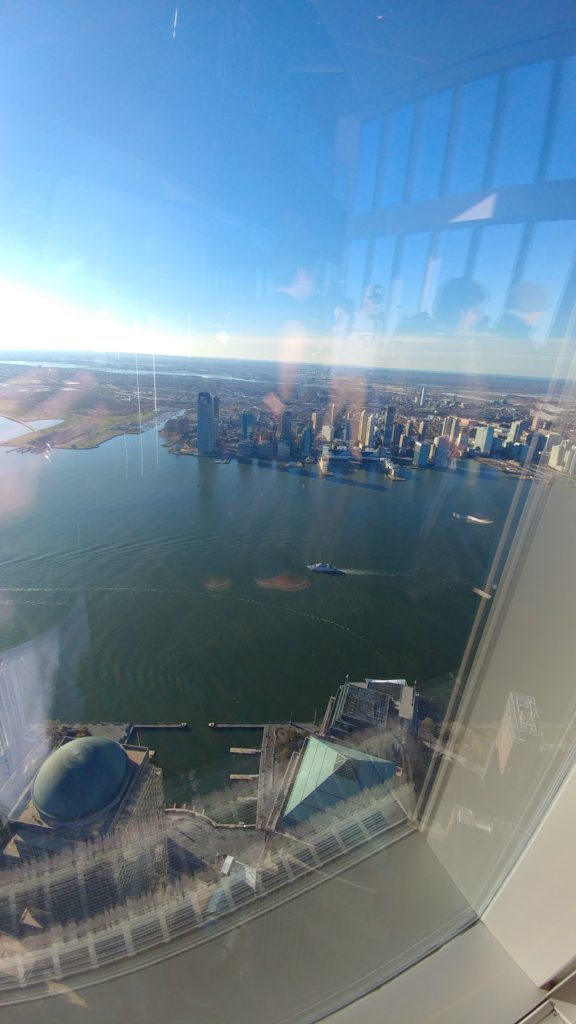 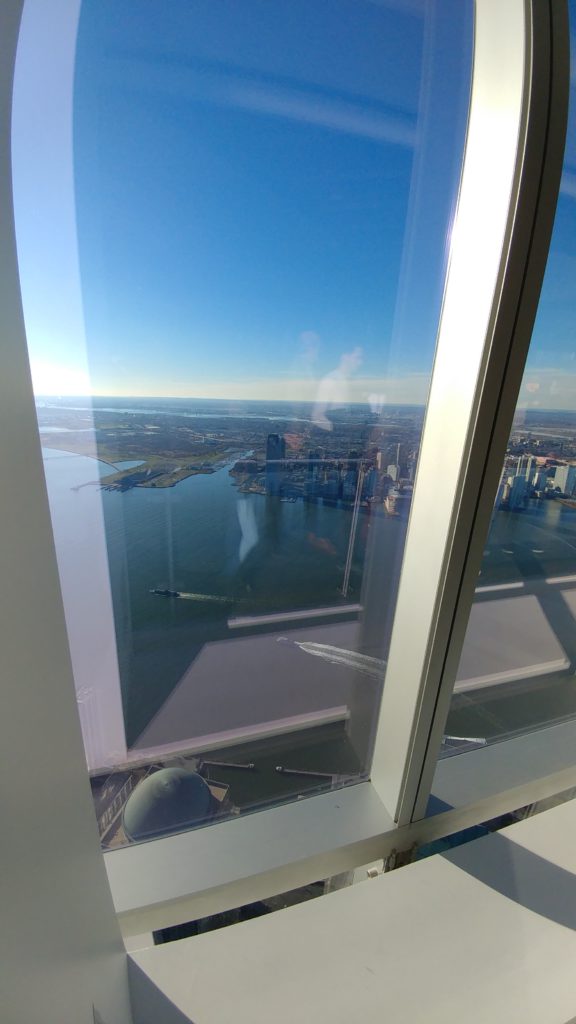 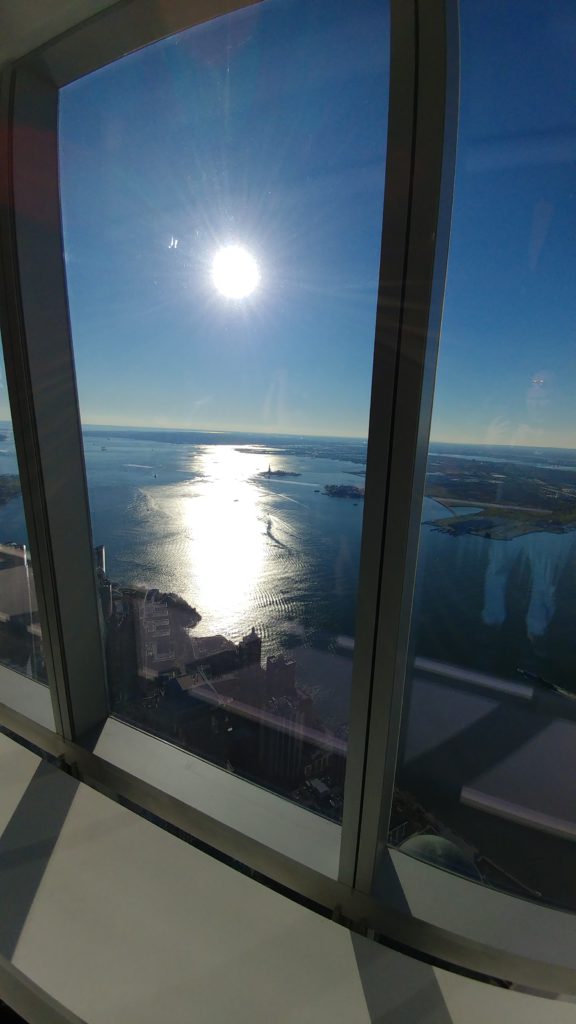 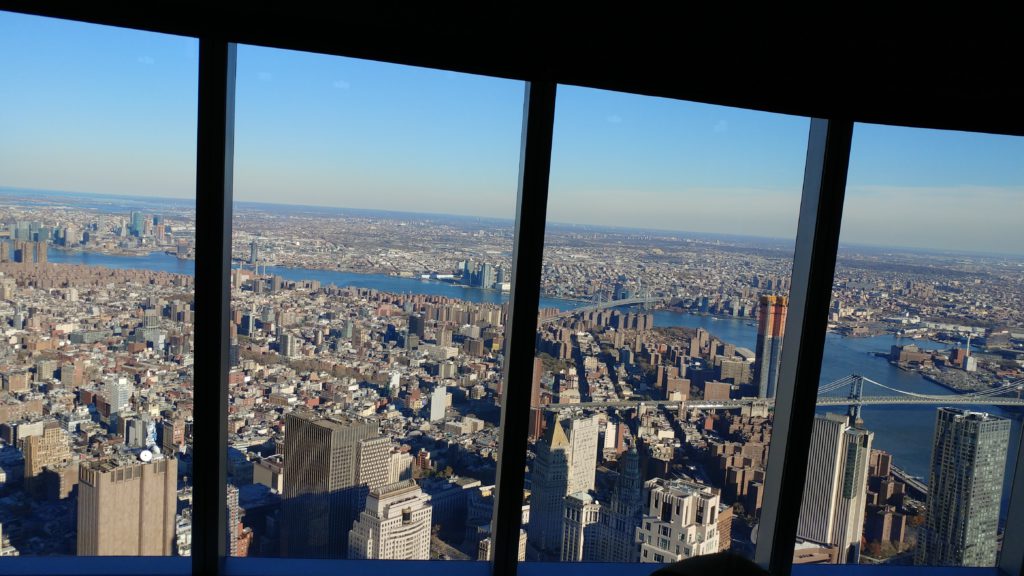 After the Observatory, we made our way to Times Square. Never been there? GO! Once you’ve been there…you probably don’t ever have to go back. It is the biggest tourist trap I could ever imagine. Want a beer in Times Square? It will cost you about $15. It’s probably a good thing theres a game to play today and the guys weren’t there for a beer. SOme of the guys took a train to Central Park. Some of the guys just took in the people. There are lots of people…even on Thanksgiving! The highlight of the trip to Times Square was the traffic. Horns honking, people swearing, people relieving themselves on the street corner…lots of sights that these Northern Minnesotans had never seen before!

The team are dinner together. I chose Virgil’s BBQ. Wow…what a feast! 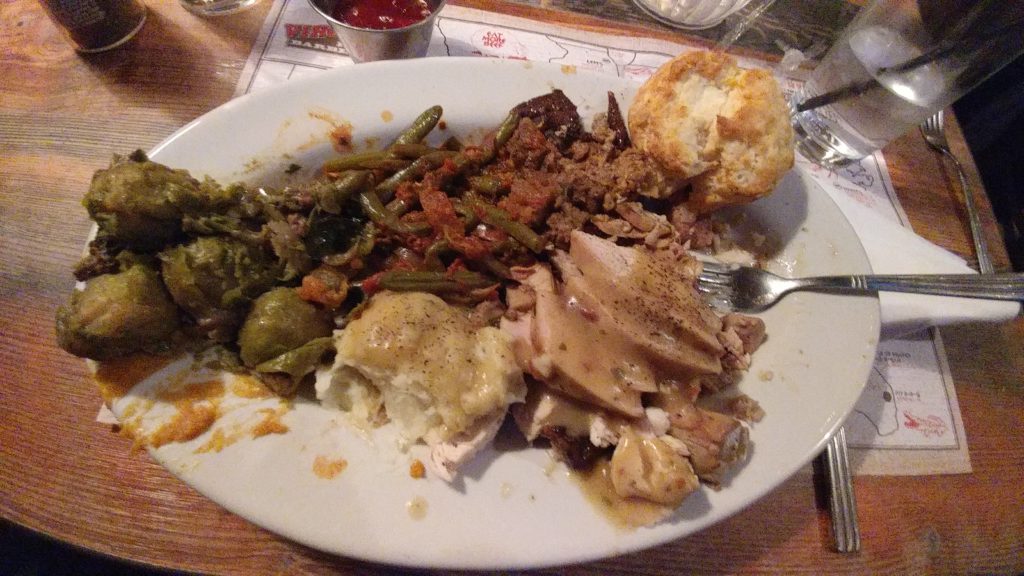 Well, there’s a game to be played tonight. Our Benusa Pregame Show starts at 5:30pm on Mix 103.7 and online at beaverradionetwork.com.

The Western Collegiate Hockey Association has announced that the league series between Bemidji State University and the University of Alabama-Huntsville has been postponed. The two-game